one thing steven and i wanted to do in hawaii was go for a hike with a great view. major bummer, though, because steven’s knee developed a nasty infection right before the trip. he was on crutches by day two. poor guy.

no one else in the fam was interested in tagging along, so i went solo. the makapu’u trail seemed like a great solo location. google said it would take 15-20 minutes to make it to the top. spoiler alert: that’s wrong. or maybe i’m just painfully slow.

the views were worth it, though. 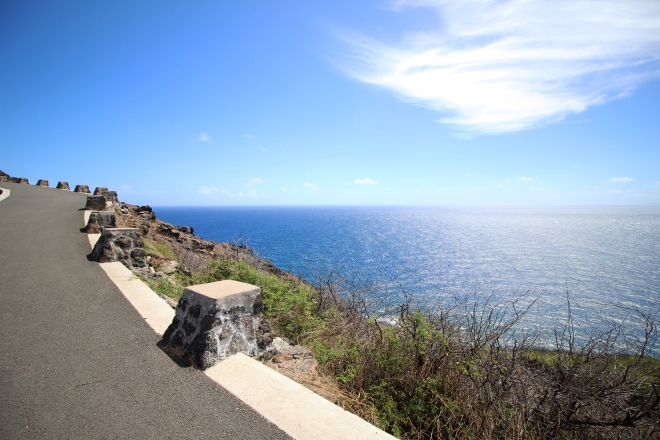 see those teeny, tiny pixel sized dots on the road? one of them is my car! 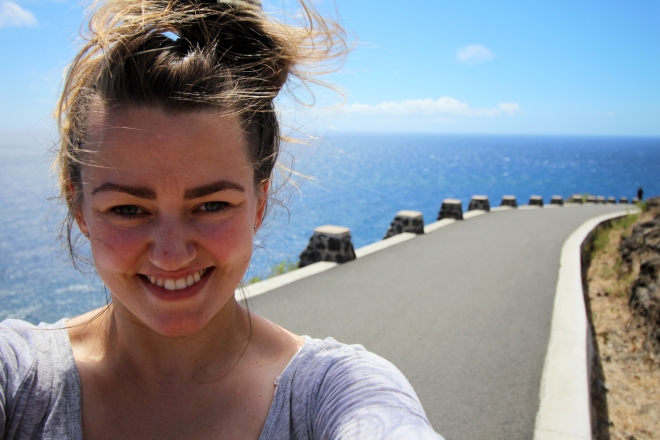 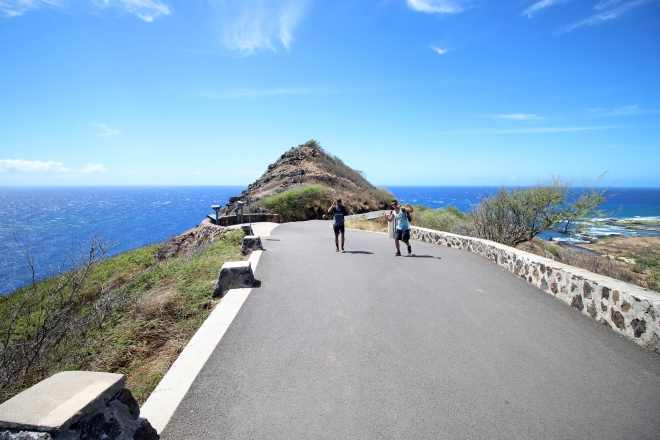 i hiked part of the way up with these two guys who were from hawaii and were about to head stateside for college! they were doing all of oahu’s great hikes in one day as a sort of “goodbye” to each other and the island. they had been up since 4:30 a.m. to see the sunrise! they also thought i was their age, and i did not correct them. 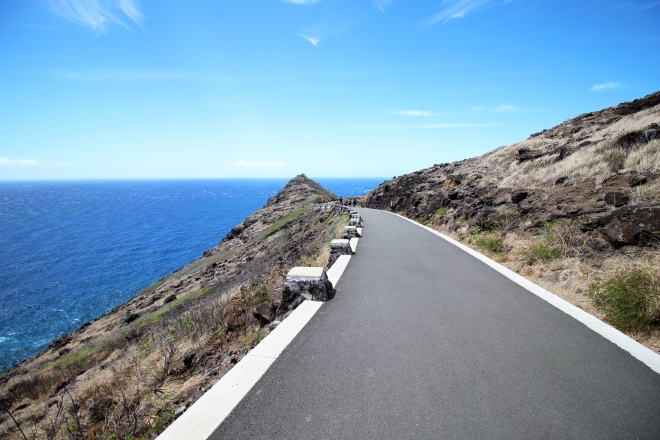 he's a culinary institute of america grad in medical school. she's a journalist, who prior to their meeting, used the oven solely for storage. View all posts by chefmeetsgirl